The world’s best footballing talent will touchdown in Russia in 6 days time to battle for the title of World Champions.  We all know about the Cristiano Ronaldos of this world, who dominate the headlines on a weekly basis. But the World Cup is also the perfect opportunity to supercharge budding careers.  Its a chance for the up and comings to etch their name into history and the public consciousness.  Here is my list of the top 5 players to look out for at the 2018 World Cup.

5. Paulo Dybala – Having already carved out a name for himself in Italy, Dybala is still only 23.  Partnering Lionel Messi upfront will provide him with a chance to become a household name at this summer’s tournament.

4. Timo Werner – Having led Germany to a Confederations Cup victory, Werner has already proved to be a prolific scorer.  At 21 he has the skill and hunger to succeed.

3. Kylian Mbappe – Playing in France for PSG is not really the pinnacle of world football.  We know he has the talent not lets see if he can do the business on the World’s biggest stage.

2. Gabriel Jesus – Playing in the EPL always helps to build a worldwide fan base.  But there is no bigger stage at the World Cup.  Jesus has a chance to cement his status as the best striker of this new generation. 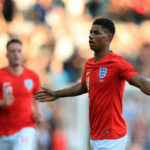 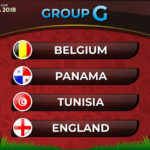 I am tipping these two teams to qualify from Group G