Bet365 have a brilliant market for the top English Premier League based goalscorer at the 2018 World Cup.  As every football fan knows the EPL is the top league when it comes to talent.  My 6 tips for this market are:

Harry Kane – England’s target man who has scored more than 25 goals in each of the last 3 Premier league seasons;

Marcus Rashford – With no Chemistry test to distract him on his World Cup debut we can expect him to be fully focused.  He has a knack for goals and record breaking I expect this World Cup to be no different.

Edin Hazard – With less matches played this season than most Hazard should be well rested ahead of the 2018 World Cup.  And with a possible move on the cards, expect him to impress.

Sadio Mane – Expect him to be at the centre of everything Senegal does.  If they make it past the group stage his goals will be the reason.

Paul Pogba – I expect France to go deep in to the knock-out stage.  Pogba’s role in the French team will see him grabbing the goals.

Back your favourite on the world’s premier Sportsbook to guarantee the best odds. 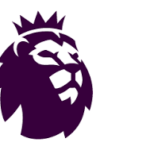 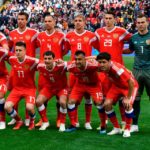