Just as I tipped France managed to get the better of their opponents but needed some assistance from the tech.  A VAR appeal was needed for France to be awarded a penalty and Paul Pogba’s winner was only confirmed by goal line technology.

My tip for Griezmann anytime was also spot on and that means our Goalscorer ACCA remains live !

This victory was a great start for Les Bleus in Group C. 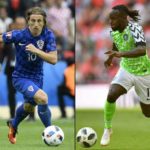 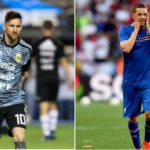