Is Salah’s World Cup Dream Over?

The stage was set last night for Mo Salah to cement his place in football history but the football gods had other plans.

As Real Madrid and Liverpool faced off in the UEFA Champions League 2018 final last night, Mo Salah tussled with Spain’s Sergio Ramos as the two chased for the ball.  The two players tumbled to the ground in a seemingly innocuous challenge but only one man would get up.

Spain’s ever present defender immediately got up from the ground but Mo Salah remained on the ground wrying in pain.  After some time Salah got up and tried to carry on.  But within a few minutes the Egpytian talisman broke into tears seemingly realising that it was the end of his evening.

With all eyes now firmly on the World Cup, it remains to be seen whether Salah will recover in time to lead Egypt at the World Cup?  How will this effect Egypt’s chances?

We’ll have to wait and see. 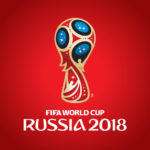 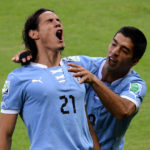 Who will win Group A ?