The World Cup trophy will have a new home on the 15th July however, Belgium’s quarterfinal victory over Brazil will mean that it will remain in Europe.

I tipped Belgium to win, despite Brazil being the favourites. That tip paid dividends with huge odds!  Let’s hope you caught that action!

Belgium grabbed the lead through a Fernandinho own goal after his Manchester City team mate, Vincent Kompany’s header took a deflection off him.  Kevin de Bruyne made it 2-0 20 mins later putting Belgium firmly in control.

Substitute Augusto made it 2-1 in the 76th minute providing for a nervy closing 15 minutes but Belgium hung on for the win to send Brazil crashing out.

Belgium will now face France in the semifinals. 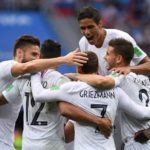 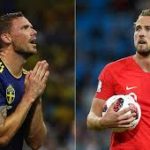