Croatia and Denmark faced off in the last 16.  I had tipped Croatia to advance and they did not disappoint!

We looked to be in for an exciting fixture but after these opening exchanges the match settled into a cagey affair with neither side wishing to give up anything.

The game would go to extra time and with just 4 minutes remaining Luke Modric missed a penalty that would have sealed the game being denied by a great Schmeichel save.

We eventually needed penalties to separate the 2 sides.  Both Schmeichel and Subasic put on brilliant goalkeeping displays saving 2 and 3 penalties respectively, Croatia winning the shootout 3-2.

Croatia will now go on to face Russia in their first quarterfinal since the 1998 World Cup. 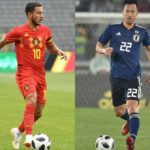 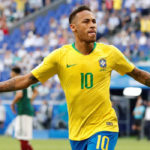