Result – Don’t cry for me Argentina!

A sublime performance from Kylian Mbappe led France to an emphatic and historic victory over Argentina.

France opened the scoring through a Antoine Griezmann penalty which was awarded after Marcus Rojo brought down a charging Kylian Mbappe.

Di Maria scored a screamer from outside the box to equal matters before Gabriel Mercado put the Albiceleste ahead.  It looked like Argentina were re-discovering their form at the right time when Pavard equalised for France with a screamer of his own.

Kylian Mbappe then grabbed two goals to become the first teenager to grab two goals in a world cup match since Pele.  A late goal for Argentina made for an interesting closing to the match but France managed to see out the match, ensuring they maintained their record of never losing a last 16 fixture.

France now wait to see who they will face in the quarter-finals. 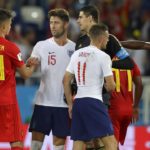 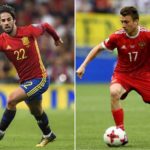