Result – France secure their spot in the last 16!

Just as I predicted France had enough in them to beat Peru and secure all three points in their second Group C match.

This win has booked Les Bleus place in the last 16 and all but ended Peru’s hopes at the 2018 World Cup.

Kylian Mbappe’s strike makes him France’s youngest ever scorer at a major tournament and team manager Deschamps will be hoping for more of the same from him as they progress to the knockout stage. 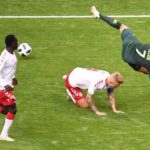 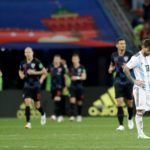