Brazil clashed with Mexico in a battle to qualify for the quarterfinals.

From the onset Brazil was on the front foot.  Despite sharing possession with Mexico, Brazil were far more effective as they managed 10 shots on target out of 20, compared to Mexico’s 1 out of 14.

Neymar continued to improve his form and seemed to relish the occasion.  He was denied a number of chances by a determined Ochoa before he grabbed the first goal of the game in the 51st minute. He found himself through on goal in the 88th minute but Ochoa managed to get a foot to the ball pushing it into the path of Firmino who coolly slotted the ball home.

Brazil will now face the winner of Belgium vs Japan in the quarterfinals. 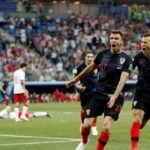 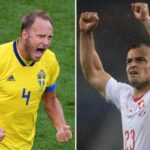