Result – Portugal book their place in their last 16

Portugal cut it close eventually managing to book their place in the last 16 following a 1-1 draw with Iran.

Cristiano Ronaldo should count himself lucky not to have seen red which would have seen him miss Portugal’s next match, so much for VAR!

Iran put in a valiant effort but unfortunately fell short to a spectacular Quaresma strike.  They can leave the tournament with their heads held high.

Portugal will now face Uruguay in the last 16 following their win against Russia earlier today. 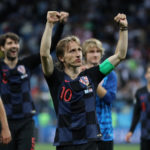 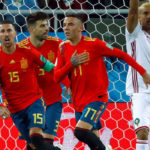