Switzerland will be disappointed having enjoyed the majority of the possession and having had more shots on target.

Sweden were the more efficient side, managing just one shot on target less than Switzerland despite having only 38% of the possession.

Forsberg was helped by a massive deflection after shooting from outside the box much to the jubilation of his countrymen.

Sweden will now face the winners of England vs Colombia. 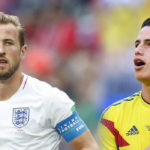 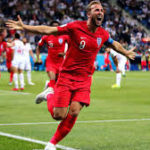