A late wonder strike from Toni Kroos spared Germany’s blushes as they overturned a 1-0 deficit to beat Sweden 2-1 after going down to 10 men, just as I tipped.

Sweden got off to a dream start grabbing the opener on the 32nd minute through Tolvonen.  Loew’s men reacted and dominated the match from that point on.

Germany finally equalised through Marcus Reus early in the second half.  Mannschaft were reduced to 10 men when Jerome Boateng received his marching orders in the 82nd minute.  Toni Kroos struck late to grab all 3 points and put Germany firmly in charge of their own fate. 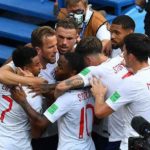