The three lions got off to a roaring start at the 2018 FIFA World Cup as they beat Tunisia 1-2 in a thrilling Group G encounter.

England were off to a flying start kicking the match off at full throttle.

Harry Kane struck in the 11th minute opening his account at this tournament.  But after the goal England eased off their opponents and one couldn’t ignore the feeling of deja vu as Tunisia equalised through a Sassi Penalty on the 35th minute.

England made their fans sweat it out as they left it late until Harry Kane struck, again from a corner, in added time.

This win puts England firmly in the driving seat to qualify for the last 16 from Group G ahead of their encounter with Panama who lost 3-0 to Belgium earlier today. 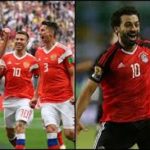 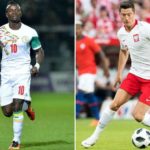