Results – Drama in Group F as Germany crash out !!

The World Cup winners curse continues as Germany were knocked out in the Group stages of the 2018 World Cup following their 2-0 defeat by South Korea.  Germany have emulated the likes of Spain and Italy who both failed to get past the group stage in the world cup following their gold medal performances.

Sweden smashed Mexico 3-0 never taking their foot off the gas.  Mexico will count themselves lucky to be going into the knockout stages as their lacklustre performance left much to be desired.  They cut it close despite knowing that a victory for Germany would have likely spelt their elimination.

Sweden (Winners) and Mexico (Runners-up) progress from Group F and will face the winners and runners-up of Group E respectively. 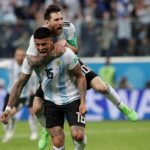 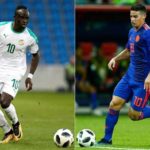