Who will win Group A ?

The only thing that is certain in Group A is that Saudi Arabia will not be making it through to the knock out round.  Beyond that choosing the winner in this group is not as easy.

Firstly, a lot will depend on whether Mo Salah will be fit in time to lead his country in Russia, following his injury in the 2018 UEFA Champions League final.  If Salah can get back to his fighting best Egypt should be able to mount a decent challenge, but they will have their work cut out for them.

The other question in Group A is whether or not Russia will be able to cope with the pressure that comes with hosting the event.  There is always tremendous pressure when playing at home.  Will Russia put in a display reminiscent of South Korea in 2002? or crash out like South Africa in 2010?

My pick for Group A winners here is the two-time world champions Uruguay.  Uruguay boast power, in Edinson Cavani, skill (and a touch of madness) in Luis Suarez and a certain understated class in Rodrigo Bentancur.  You can back this tip on bet365, that way you’re guaranteed to get the best odds. 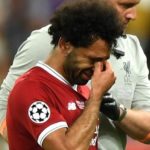 Is Salah’s World Cup Dream Over? 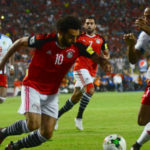 We are tipping this team to qualify from Group A

Good Article but I don’t really agree – lets see how it will pan out.